The Vintage Years with Jim Simpson 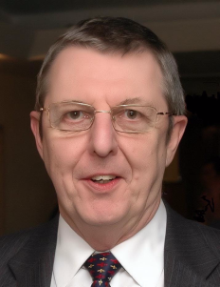 My name is Jim Simpson and I first became involved with hospital radio as a teenager in Folkestone, the town of my birth and formative years where a group of enthusiasts decided that we would visit patients in the town’s Royal Victoria Hospitaland collect record requests from them and then put together a request programme using a reel to reel tape recorder which we would play through the hospital’s radio system a day or so later.

My employment took me to Canterbury where I continued with hospital broadcasting, ultimately taking on the role of Station Manager at Radio KCH which was then the hospital radio in the Kent and Canterbury Hospital. Work subsequently took me to Aberdeen and my day job plus involvement in the local community as well as national involvement with a management association, along with being quite active in the local entertainment scene, left very little time for anything else for a considerable number of years.

I renewed my interest in Hospital Radio some years ago and joined my local hospital radio and presented the Friday evening request show as well as a Saturday early evening programme for a number of years. I am currently a member of Radio Grapevine (www.radiograpevine.com).

I have been lucky enough in the past to be awarded a number of commendations as well as bronze and silver awards in the “Specialist Music” category at the Hospital Broadcasting Associations National Awards as well as a number of commendations in the “Male Presenter of the Year” category. However, as you would expect, since becoming involved in the management of the HBA I have not taken part in the HBA National Awards.