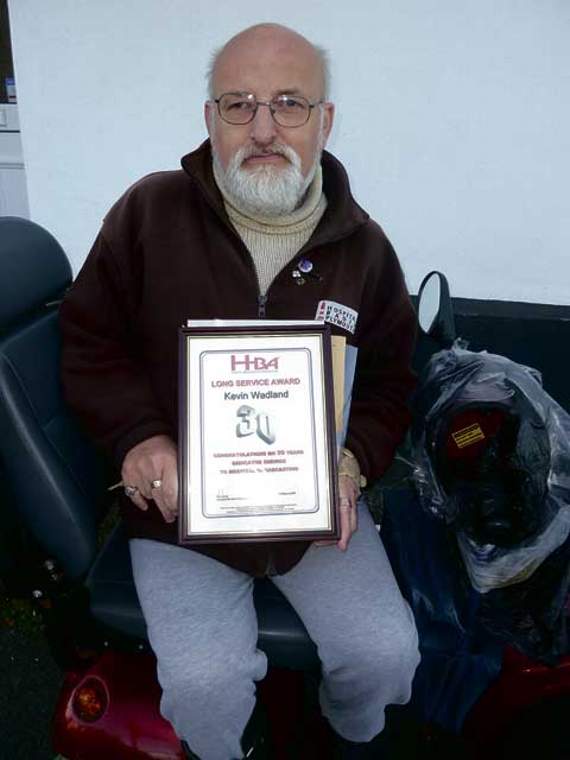 Among the people Kevin has interviewed are four grand bards including the latest, Merv Davey, Pam Rose from Songs of Praise, Ann Widdecombe, David Blunkett, local MPs and Jethro.

He has also interviewed people a little closer to home, including Launceston Carnival royalty, mayors of the town and the town crier.

Kevin began his broadcasting with Radio Beacon at St Lawrence’s Hospital in Bodmin, and he wrote to Plymouth Hospital Radio to ask if he could get involved, and he hasn’t stopped since!

Kevin aims to interview a different person each week, and as well as featuring on hospital radio, the interviews and features are also included on the Launceston Podcast.

How does Kevin put his interviewees at ease? “I ask them simple questions. If you ask the simple questions, sometimes you get better answers. I do the research first. You’ve got to know what you’re doing before you do the interview.”

Kevin also tries to go to local events, such as the Launceston Road Run to interview participants, and he also enjoys talking to mire senior residents about ’old times’.

While Kevin has no intention of giving up, he does harbour a broadcasting ambition.

“I wouldn’t mind doing it professionally for the BBC.”