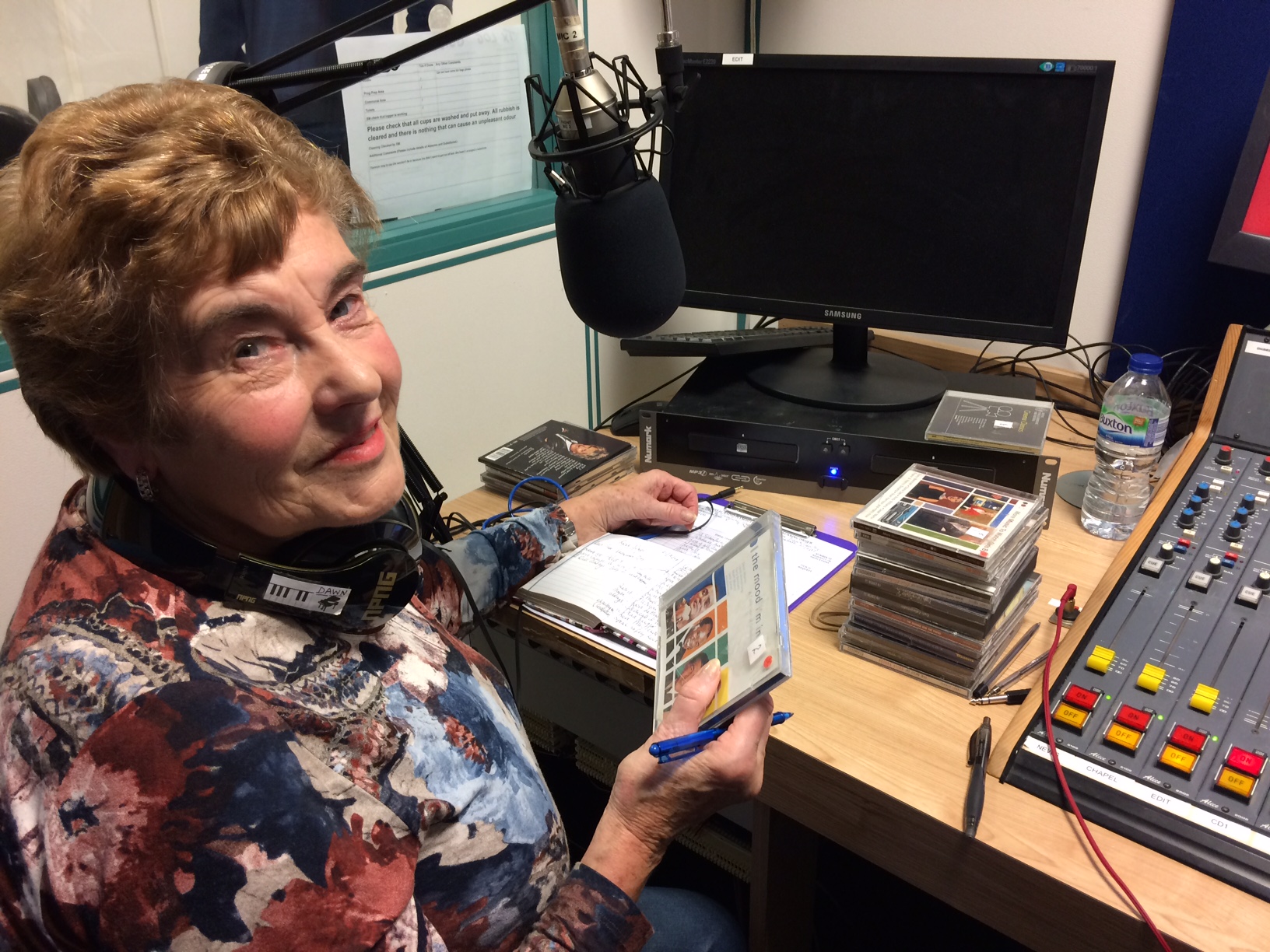 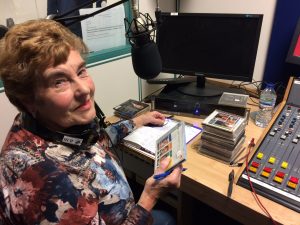 Dawn Cawley joined Hospital Radio when Methuselah was in nappies. Radio has always been her ‘thing.’

As a 7yr old, she saved up 6d a week pocket money for a down payment on a ‘trannie,’ as it was called then. She would listen to Jack Jackson on Radio Luxembourg until midnight on a Sunday.

“My Mother must have wondered why I left for school on a Monday morning, bleary-eyed!”

Dawn performed poetry and monologues ‘what I wrote,’ as a monthly guest on the Janet Kipling show for two and a half years.

She enjoyed being behind the mike and when Janet left, decided to join Hospital Radio.

Dawn began my time at Hospital Radio Plymouth presenting a half-hour show called ‘Rhythm and Rhyme.’ We still have several recordings, which are broadcast from time to time.

Nowadays Dawn presents A Spoonful of Sugar on Tuesdays at 8pm. Requests are filtered in and she collects them from the ward before the start of the themed show.

“Ward visiting is a rewarding experience (no pun intended). We try to cheer the patients up, especially those who live a long distance away and don’t get many visitors. It’s often a rush to get back in time, as when you start chatting, time flies.”

Dawn also sings in The Plymouth Philharmonic Choir, which rehearse on a Thursday night with extra practises when a concert is near. She enjoys writing and her first book The Old Fart’s Guide to Survival was published by Splendid Publications in 2016.

“We get to meet some fantastic patients who help to make an entertaining show. Being live, anything can happen and it usually does!”

A good laugh is the best form of medicine. If you fancy a dose, why not tune in on a Tuesday?