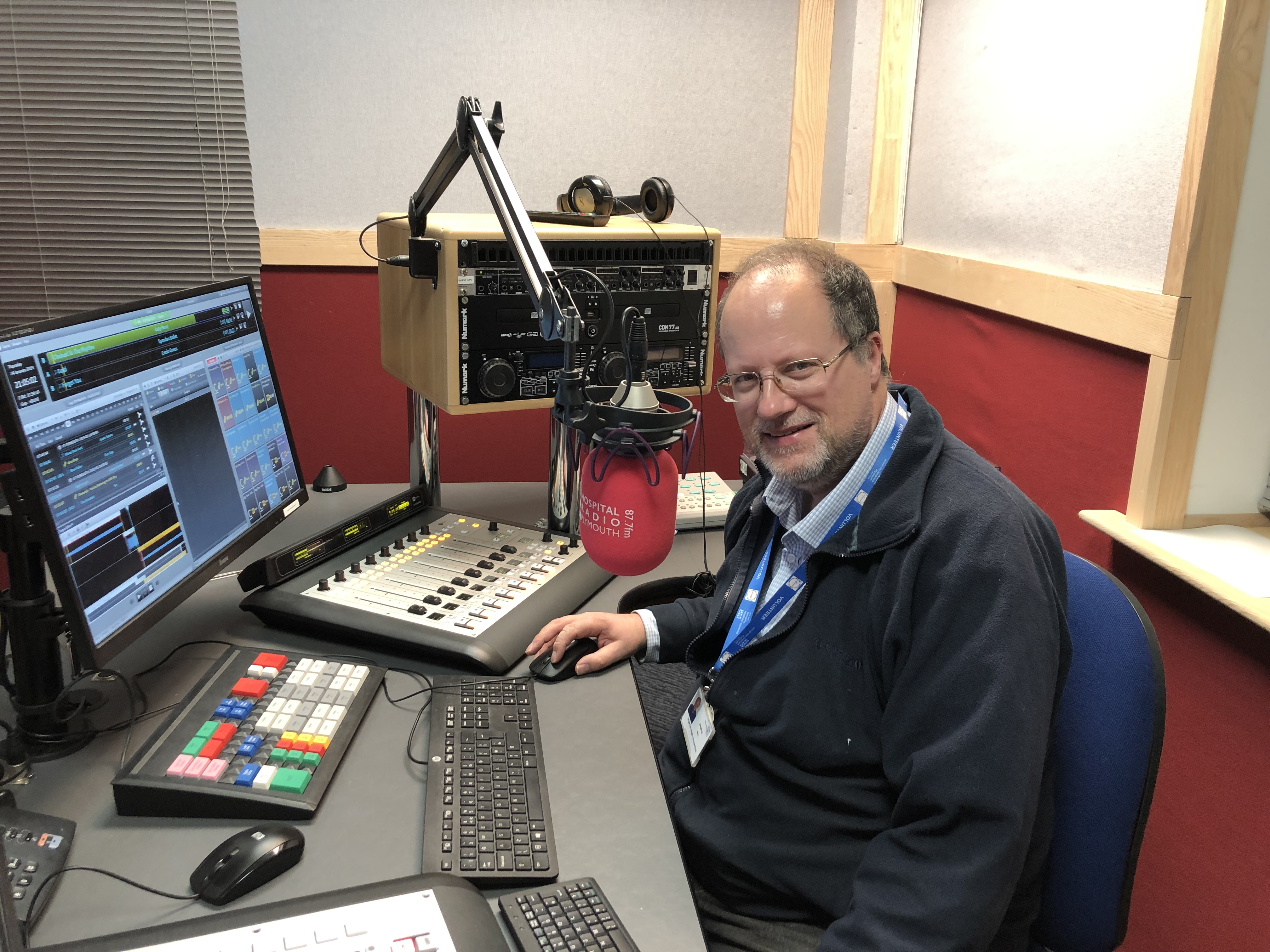 Nothing but respect for my president

Andrew Hill is the President of Hospital Radio Plymouth. He has been with HRP for more than three decades, first joining as a 16-year-old schoolboy. Hospital Radio Plymouth was still in its infancy then. BBC Devon and BBC Cornwall had only just launched and Plymouth Sound was just shy of 8 years old. Pirate FM and Heart Radio didn’t even exist yet.

When Andrew first joined HRP the station was only broadcasting for a few hours a day.

“Anything which was recorded was reliant upon someone being in the studio at either end of it allotted slot to thread the recording onto a reel-to-reel machine and set it off and at the end to then rewind it and start the next show which was to finish.

Editing such shows together involved the use of razor blades, sticky tape and marker pencils – and woe betide if a piece you wanted to keep accidentally fell amoung a pile of discarded clippings!”

Listen to Andrew Hill on Wired for the Weekend and Songs of the Westcountry.