Tributes have been pouring in for Hospital Radio Plymouth volunteer Connal Cather.

Connal had been a part of the station since the 1970s and, over the years, had worked with many volunteers on his show ‘Nostalgia Time,’ playing wartime classics of the 20s, 30s and 40s.

Station Manager Keith Jolley said: “Connal was a true legend. Over the years, many new members started out as a production assistant on his show. Although dealing with music made way before they were born and which they were unfamiliar with, they came to enjoy the music and the warm style of Connal’s presentation.”

Hospital Radio Plymouth President Andrew Hill delivered the eulogy at Connal’s funeral, and said: “Connal’s dedication to hospital radio and his enthusiasm for his programmes was remarkable. He was an inspiration to us all. We shall be forever grateful for the chance meeting he had in a pub on the Barbican with station founder Jimmie Constable in 1970, which was the catalyst for him taking up such an enduring involvement with hospital radio and presenting programmes enjoyed by so many over the decades.”

Josh Andrews, who now presents a show for Capital FM South Wales, said: “Connal was the very first presenter to trust me to produce his programme and what an honour it was. He was a really lovely man, full of warmth, patience and encouragement. My earliest radio memories are of working for him and learning from a true radio great!”

Connal was awarded Honorary Membership of Hospital Radio Plymouth in recognition of his ongoing dedication to the charity, and in 2008 was the recipient of the Hospital Broadcasting Association’s John Whitney Award, given to an individual who has demonstrated an outstanding contribution to hospital radio over a period of years.

Connal passed away peacefully on 18th November 2020, at the age of 97. Any donations can be made to the Royal British Legion via https://www.wcpltd.com/ 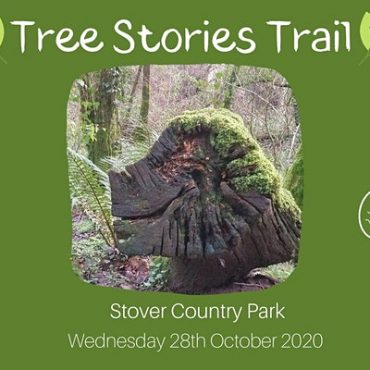 Stories of Stover Trees to be brought to patients

Families will get to exercise their bodies and their imaginations over half term, creating stories inspired by the special trees of Stover Country Park. The Tree Stories Walk is a self-guided activity with inspiration and information about particularly interesting trees provided at the start of the walk by Claire Casely and Emma Capper to help families create their own nature-based tales. The stories will be recorded at the end of […]